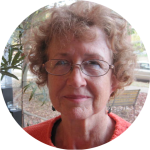 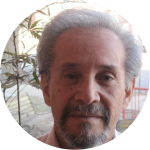 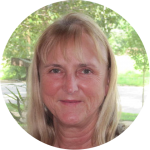 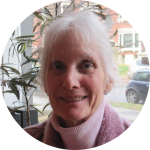 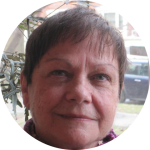 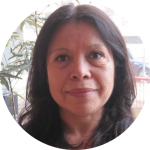 Diane has practiced yoga for 45 years. She discovered yoga and found that it helped with the delivery of her second child. After that eye-opening experience, she took teacher training through the Solar Yoga Center of St. Louisand has taught yoga through the same organization for 43 years. She is a retired Registered Nurse, a retired public school teacher (Kindergarten, music, deaf education), & a secretary. She is a member of Yoga Alliance as a teacher and of the Aerobics & Fitness Association of America. She continues to update her yoga training through workshops and ashram retreats. Now her focus is on practices for good health, flexibility and increased energy. Her influences have been through Serge Renauld de la Ferriere who studied in India before starting his own yoga and Initiatic practice.

Jaime says there are more tips than just practice to help you find your balance. First, remember that restrictive clothing or shoes can cut off circulation and make you uncomfortable. Always be comfortable when doing yoga, or you will find your balance will be off. Second, yoga is a relaxing practice, and if you’re stressed, you might want to reconsider starting out your routine with a one-legged pose. All that stress in your body will make you tense and unable to balance. The ashtanga yoga poses are taught by Sri K. Pattabhi Jois of India and it’s becoming more popular in the west.

Julie has practiced yoga for 36 years, during most of that time maintaining a career as a teacher and counselor. She studied with international yoga teacher trainers and has Solar Yoga teacher training certification. Yoga has been a strong focus because of her deep interest in Eastern philosophy and an emphasis on stress reduction. Most classes include some Pilates, along with restorative poses and a brief meditation. She uses humor and acceptance coupled with gentle expectations in working with varying ages and ability levels. Julie emphasizes personal strengths to guide students toward stillness, awareness and finding the strength within.

Karen taught in the first yoga center in St. Louis. A few years later it became the Solar Yoga Center. After a hiatus from the Center, she is back and now teaches both a Traditional Solar Yoga Class and a Prenatal Class. Karen particularly enjoys noticing how both her own and her students’ undisciplined energies become more balanced and peaceful during class.

Mimi started practicing yoga in the 80’s at the Solar Yoga Center, which, at that time, was the only yoga studio in town! After a long hiatus, in 2000 she returned and became a certified teacher in 2012. Her journey as a teacher has led her from the active world of yang yoga to the meditative world of yin yoga, which is currently the focus of her classes. Yin yoga is a slow, mindful yoga style where the asanas are held for long periods of time in an effort to target our joints & tissues instead of muscles. Mimi says, “I think it is very fitting that we say ‘practice yoga’ because I am finding that yoga is an evolutionary physical, emotional, and mental journey, and I am honored to be a guide for other practitioners on their journeys.”

Monica was born in Mexico, and moved to St. Louis in 1999. She began practicing yoga in 2006. She has completed the Solar Yoga Teacher Training, as well as an additional 200-hour Yoga Alliance Certification course with West-East Naturos Yoga Teacher Training. Monica teaches her Wednesday class in Spanish and her Sunday class in English. Her classes are energetic with balanced poses that flow from one asana to the next, focusing on the connection between the mind, the body, and the spirit.

THE SOLAR YOGA CENTER is a non-profit, educational, non-discriminating institution established in 1970. All yoga instructors donate their time without financial compensation. PAX!